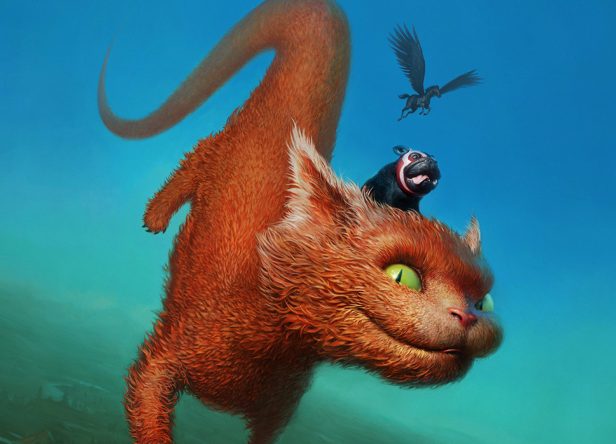 Canadian summer may be haunted by the horrors of the extreme humidex, but it also ushers in the wonder, terror, and fancy of the Fantasia International Film Festival, North America’s largest genre showcase. Nestled in beautiful Montreal, the festival attracts swarms of fans and industry professionals alike. This year’s festival, the 22nd installment, runs from July 12th until August 2nd. While the enormous program may be daunting, there are always a number of gems to be found within it. Here are five female-directed films that I’m especially eager to check out at this year’s Fantasia Festival!

When 11-year-old Estrella’s mother falls victim to cartel violence, the young girl takes to the streets and finds new family in other orphaned and abandoned children. As the cartel begins to track down the beleaguered youth, Estrella taps into supernatural energies and discovers a power that she could never have imagined. When Guillermo del Toro falls in love with a film, that’s a powerful testimonial. If reviews are to be believed (and I’ve heard a few from people whose taste I trust),  Issa López has created a beautiful and terrifying work of art, one that may stand strong alongside the likes of Pan’s Labyrinth as a new paragon of poignant dark fantasy and magical realism. Tigers Are Not Afraid screens on July 30th.

It’s no surprise that we at AOAS are fans of Ms. Guerrero (check out the first issue of Grim for an interview with the up-and-coming filmmaker.) Her style is visually striking and meticulously staged, and her films carry a strong and urgent undercurrent of danger. La Quinceañera marks a return to a medium well-known by the director–the web series–but this time backed by Warner Brothers Entertainment’s web-based Stage 13 brand. I’m excited to see this seven-part tale of vengeance, enacted by a young girl and her abuela after the cartel-driven massacre of their family on her fifteenth party. La Quinceañera screens on July 27th, accompanied by Ashlea Wessel’s TiCK.

This coming-of-age horror-drama from new director Lisa Brühlmann tells the story of 15-year-old Mia (played by Luna Wedler), a transplant to an unremarkable town who undergoes an overwhelming and terrifying bodily transformation that creates in her a desperate thirst and terrible longing. A meditation on adolescent angst in the vein of 2015’s Lure and Julia Ducournau’s incomparable 2016 gem Raw, Blue My Mind marries fairytale storytelling with body horror. It screens on July 19th.

A brash and brilliant little punk rock slasher debut from ABCs of Death 2 producer Jenn Wexler, The Ranger follows the story of a young woman named Chelsea and the rough crowd with whom she runs as they more than meet their match in the woodland residents of their local national park. When their flight from the police lands them in a remote cabin, blood-drenched chaos ensues (backed by a killer punk soundtrack.) The Ranger screens on July 23rd, accompanied by Jill Gevargizian’s 42 Counts.

Amiko has already been hailed as the Japanese version of Ladybird, a romantic dramady with a plucky, punky, and irreverent heroine. Rebellious Amiko falls hard for cool jock classmate Aomi, and is determined to follow him when he later runs away from their nondescript hometown of Nagano to explore the bright lights of exciting Tokyo. Yoko Yamanaka was only 19 years old when she directed this debut feature, and no doubt has an interesting and innovative career ahead of her.

What are your picks for this year’s Fantasia? Let us know on Twitter: @aoas_xx!