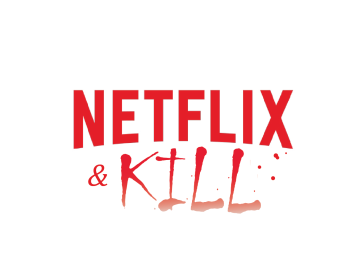 Looking for a scary movie to help take your mind off of the upcoming Ides of March? Hoping to fit in a few more movie nights before the warmer weather results in your friends dragging you off the couch for a night out? Here are my Netflix recommendations for the month of March!

Synopsis: A young woman and her siblings are terrorized by an unknown entity after she experiments with a ouija board and makes contact with a sinister spirit,

Stylish and satisfying, Verónica is a supernatural thriller steeped in rich symbolism and haunting imagery. Ostensibly based on true events, the film follows the story of Verónica, a young woman who recently lost her father and has been tasked with taking care of her siblings while her mother works to support the family. After an ill-fated bout with a ouija board in which she attempts to make contact with her father, Verónica and her younger siblings seem to be stalked by a terrifying paranormal presence in their home.

Understated supernatural horror hits a sweet spot for me. With Verónica, Paco Plaza delivers a gorgeously-shot, sensitively-written, and well-acted story that offers genuinely chilling scares, well-crafted tension, and tantalizing and ambiguous symbolic hints that nod toward the possibility of a particularly horrifying backstory which is sure to spark debate (if you ever go drinking with me and this film comes up in conversation, at least).

Synopsis: Five high school friends meet up for a casual Skype chat, only to be terrorized by an unknown user whom they can’t seem to remove.

2014’s Unfriended is a film that inspires mixed reactions, and it’s a film that I will continue to adamantly defend. Older audiences may balk at the film’s unusual setup — all of the action takes place on a computer screen using apps and websites including Skype, YouTube, iMessenger, Facebook, and Spotify. It sounds gimmicky, and it is. But it also works very well.

In an era in which the problem of targeted online harassment is finally starting to receive wider attention, Unfriended provides a valuable jumping-off point for discussions about the impacts of cyberbullying. The film contains no straightforwardly sympathetic protagonists — each character is complicit in their own way, and the nuances of responsibility and victimhood are explored through the character of Laura Barns as the story unfolds and her complicated history is gradually revealed.

The acting is natural and believable, even as the characters dip into varying levels of teenaged obnoxiousness. The kills are inventive, entertaining, and set up well. I’ve seen this film easily 12 times, and highly recommend checking it out at least once.

Synopsis: After a tragedy befalls one of their members, a group of friends meet in Sweden for a hike in his memory, only to experience strange and disturbing occurrences.

When you’re in the mood for: Supernatural; wilderness horror; creature.

A little bit The Blair Witch Project without the handheld cameras, a little bit The Descent without the ovaries, The Ritual is a decently-made British wilderness horror film that doesn’t offer much innovation in the way of story but delivers some of the most startling and creative creature design I’ve seen in years. A group of five male friends are planning a group trip one evening when a tragedy occurs which results in the death of one of them. Six months later, the remaining four embark upon a hiking trip in Sweden to honour his memory. When an injury leads to an unplanned shortcut through a forest, the group begins to experience some very unsettling phenomena which quickly escalates.

I’d’ve appreciated a little more character development for a couple of the friends, but The Ritual does competently and efficiently lay the required foundation. The film delivers on some truly creepy imagery and effectively weaves in some meaningful and well-executed flashback/hallucination sequences. The aforementioned creature design absolutely justifies the hype surrounding the film, particularly if you watch it alone in a dark room. Possibly the night before a camping trip, but you do you.

My rating: Really liked it.

Synopsis: A low-achieving shopkeeper is given a chance to prove himself when his daughter is abducted by a mutant water-monster and he sets out to rescue her, against all odds.

When you’re in the mood for: Creature feature; international; horror-comedy, horror-adventure.

I fell in love with director Bong Jun-ho after seeing his superb 2009 mystery-thriller Madeo, a film that I continually urge everyone I meet to watch immediately. Though I’m one of the few people on this planet who didn’t care much for Snowpiercer, Jun-ho is a filmmaker to whose work I am continually drawn.

Genre-bending is a bit of a staple when it comes to South Korean cinema and, in this regard, The Host is no exception. Horror film, creature feature, adventure, comedy — The Host gleefully rampages through cinematic conventions in its quest to entertain. The familial bickering was delightful, the monster suitably revolting. The lengthy run-time may not do the film any favours, but it’s an enjoyable journey overall.

My rating: Liked it.