With the final screening of the Bloody Mary Film Festival comes the end of my festival coverage for the year. It’s been a very busy 2 months! While festivals are some of the most exciting parts of my work with AOAS, I’m relieved to have my evenings and weekends back. And I’m happy to have ended my 2017 festival run with 2014’s Berkshire County, from Darken director Audrey Cummings. 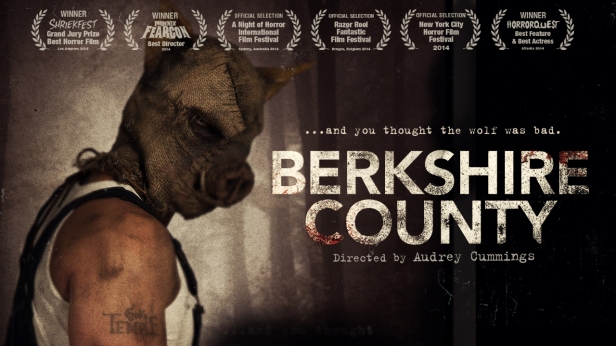 Berkshire County fits snugly into the babysitter-in-peril sub-genre, comfortably nestled alongside superior selections such as When a Stranger Calls (1979) and Better Watch Out (2016).  What makes Berkshire County special? The strong script by Chris Gamble provides a backstory to our protagonist, luckless babysitter Kylie Winters, that includes issues of slut-shaming, sexual consent, and rape culture. I’d say that these are issues that are especially relevant in our current political and social climate, but let’s be serious — these are issues that have always plagued us and will continue to plague us until we radically overhaul the way that society considers female sexuality and agency, hegemonic masculinity, and feelings towards women as a whole. (Don’t worry, I’ll refrain from jumping straight into a discussion of the universal harms of patriarchy and misogyny and how they play into homophobia and transphobia. I get heated.)

Berkshire County opens in the middle of a raucous high school Hallowe’en party, where Kylie (portrayed by Alysa King in an excellent performance) waits patiently for her crush to return from running a party-related errand. Dressed as Little Red Riding Hood, Kylie behaves as though she sees a little of the Big Bad Wolf in everyone around her — particularly in the boy who convinces her to join him in an empty room so that they can “talk”. While she is clearly reluctant and voices her protest, Marcus (a suitably sleazy Aaron Chartrand) manoeuvres her into performing a sex act on him — while he (and some equally scummy friends outside) record it, unbeknownst to Kylie. When the footage is appears online, Kylie is shamed not only by classmates and faculty, but by her own mother. In a heartbreaking and terribly relatable scene, she collapses sobbing in the shower. It’s a powerful scene for anyone who has felt the brunt of society’s reflexive reaction to female sexuality (and doubly horrifying for the fact that it was against her will).

And on top of all of this, she has to drive out to an isolated mansion in the middle of nowhere to babysit. 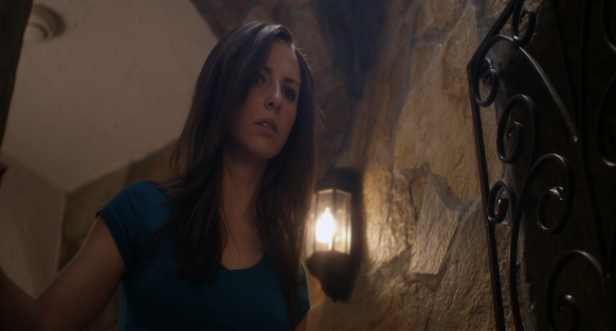 The house in which the majority of the film takes place is a supporting character in itself. Its bizarre, round rooms, gaudy stonework, and twisting staircases are disorienting enough when the only tension in the film stems from who will win the game of Hide & Seek. But when the kids are in bed and the doorbell rings, the house is poised to become a labyrinthine house of horrors as Kylie unwittingly opens the door to almost certain doom. The pig-masked visitors waiting outside are no ordinary trick-or-treaters — and their appetites won’t be sated by candy.

While masked intruders are increasingly common in horror (You’re Next, The Purge series, The Strangers, and Jackals come to mind immediately), Berkshire County takes the trope one creepy step forward by featuring a silent masked child. If you didn’t immediately shudder when reading that sentence, then your brain function is completely alien to me. Personally, I am a huge fan of masked intruders, but must admit that the masks featured in Berkshire County were unlike any I’ve seen before. One of them was actually molded from the head of a real dead pig, and the overall effect of all three masks was highly effective. 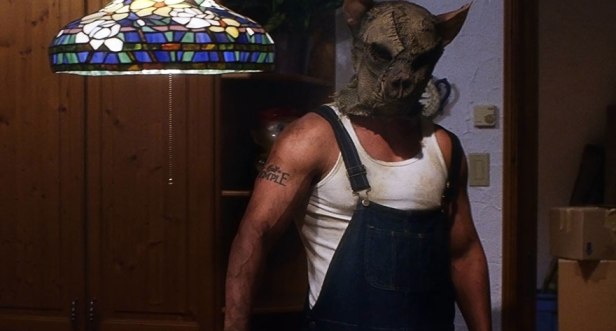 Our trio of porcine prowlers gain access to the house in short order, leading to a deadly game of pig-and-mouse that lasts for the entire second act. The fact that the intruders keep a police scanner in their vehicle was a smart addition to the script, this allows us to receive regular updates on the expected arrival of the police and rachets up the tension.

Working with children is always an iffy proposition, but Madison Ferguson and Cristophe Gallander are wonderful as the adorable Phoebe and Sam, with Ferguson offering an especially poignant performance during some terrifying basement scenes. 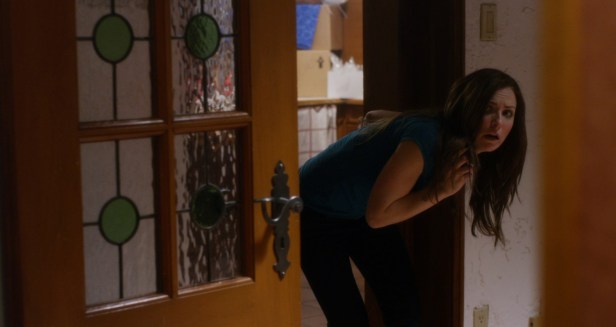 Will Kylie and her two young charges survive the night? I highly recommend that you seek out Berkshire County and find out.