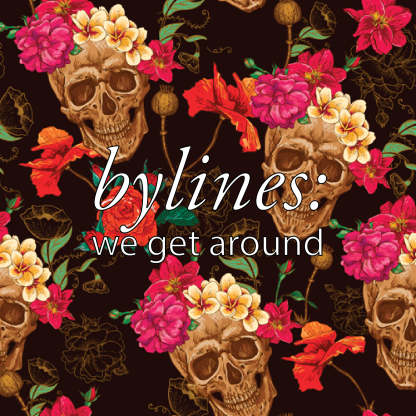 We love to promote women in horror, and every once in a while that includes ourselves! Here’s what we’re up to.

In addition to her editing and administrative duties at AOAS, Valeska writes about Asian horror for HorrorNews.net. Recently, she has reviewed Death Trance (2005), Freeze Me (2000), Be My Guest (2009), and Goke, Bodysnatcher from Hell (1968).

Suri has appeared on the Frameline Radio Show to discuss her short film, a modern-day fairytale called ‘The Bakebook’, which screened in the Canadian Film Fest Homegrown Shorts program. She’s also teaching a seminar on screenwriting at the University of Southern Maine on July 15th.

CC is the well-read host of the Something Red podcast, a horror literature podcast available to Patrons of Bloody Good Horror. Her latest episode features an interview with author Philip Fracassi!

Michelle also writes for HorrorNews.net and has interviewed many filmmakers and actors. You can find her interview with Amber Benson for Totally Driven Entertainment here. And check out her take on 2016’s Trash Fire.